As I continue to do book events in large venues, public libraries, colleges and universities and small independent bookstores, I continue to meet people who have read After Emily. And they come to these events with some wonderfully thoughtful questions. In this week’s post, let me recount a few more of the questions I’ve received and the answers I’ve given.

Question: How was it that Mabel ended up getting to edit Emily’s poetry?

Answer:   After Emily’s death, Lavinia Dickinson discovered this enormous cache of poetry no one really knew existed. Convinced of her sister’s genius, and likely not feeling constrained by the promise she’d made Emily to destroy her correspondence, Vinnie was determined to share these poems with the world. She reached out first to Susan Dickinson, with whom Emily had shared many poems during her lifetime. But Vinnie was impatient and when Sue didn’t move quickly enough, she also contacted Colonel Thomas Wentworth Higginson, another poetic confidante of Emily’s. But Higginson was not willing to put in the time necessary to decipher and decode Emily’s writing.

At that point, Vinnie turned to Mabel. She knew Mabel was young, energetic and ambitious. She likely believed that because of Mabel’s great love for Austin, she would do anything to further her connection to him. And so it was that Mabel ended up the curator of Emily’s poetry and letters.

Question: How long did it take you to do this book?

Question: Why did Millicent agree to marry Walter Van Dyke Bingham if she didn’t love him?

Answer: Good question! At age 40 and battered down by a series of fairly disastrous relationships, Millicent probably felt that Walter was her last chance for some stability. And it was a time when she needed it: she was completing her Ph.D. but still uncertain of her career directions, her parents were each starting to show more prominent signs of the medical issues that would plague them, and given the wild ride she’d just been on in her tumultuous relationship with Joe Thomas, she was ready for something and someone who would be safe and steady. That someone was Walter. Millicent had met him years earlier and he tried to court her then. She wasn’t interested. He finally showed up at the right place and the right time in Millicent’s life.

Question:  Are you willing to meet with book groups?

Answer:  Absolutely! Send me an email and we’ll set it up!

Question: Are the Emily Dickinson poems today the ones with Mabel’s editing?

Answer: For the most part, no. The more contemporary editors of Emily’s poetry have tried to restore it to the form in which she wrote it. This has meant taking out instances where Mabel and Thomas Wentworth Higginson substituted words that scanned better but might not have been among the word options Emily left behind, utilizing Emily’s methods of capitalization and punctuation, and removing titles. Today the poetry is either known by the first line, or by one of two different numbering systems developed by Ralph Franklin or by Thomas Johnson. You can see the original manuscripts on the Harvard Online Emily Dickinson Archive.  Amherst College’s Archives and Special Collections is digitizing all of their holdings on Emily Dickinson, including materials they have from Mabel and Millicent regarding their versions of the poems and letters.

Question: Who would you want to see play Mabel in a movie version of your book?

Answer: Reese Witherspoon. She’s a talented actress, an avid reader and someone who has been a big proponent of finding stories about complicated women. 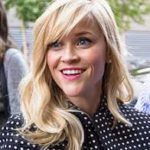 2 thoughts on “More After Emily FAQs”