David Peck Todd was a fascinating, complicated and highly conflicted person. He was a brilliant scientist, an inveterate tinkerer and a gifted organist who might have been a professional musician. But David’s sights were invariably drawn to the stars and planets, above. His mind seemed to be pulled in many directions. And it was this amazing, multi-dimensional mind that deteriorated, and ultimately undid his potential and his life. 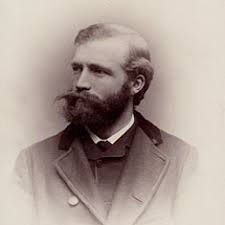 When doing the research for After Emily, I was constantly confronted by what Mabel and Millicent said of David. The paper trails they left behind painted a confused and confusing portrait of him.

Mabel’s first impressions of him were breathless. She was bowled over by his intelligence, charmed by his clever repartee, overcome by the passion he kindled in her. But even early on in their relationship, she recorded things that should have been clues: he admitted to multiple sexual exploits, to petty thefts, to moods that shifted violently. Of course Mabel, at just 21, would not have known to recognize possible symptoms of mental illness. She did know that these things about David were unsettling. But clearly not unsettling enough to dissuade her from the relationship.

Throughout their long marriage, Mabel always supported David’s work. She long refrained from writing anything negative about her “dear David,” the man who clearly also championed not only Mabel’s professional ambitions, but also enabled her relationship with Austin Dickinson. However, David’s many sexual liaisons were not easy on Mabel, especially not the ones with women whom she considered to be of a different class. As the manifestations of David’s mental illness became more profound and less deniable, Mabel began to distance herself from him.

Millicent’s relationship with her father was similarly conflicted. She respected him greatly. She thought that he was brilliant, highly misunderstood and vastly under-appreciated. But as Millicent got older she began to understand more about the ways in which her father was a very flawed – and very mentally ill – person. Millicent’s journals and reminiscences are filled with her own angst as she tried to reconcile her feelings about David. Unquestionably, the decision to institutionalize him in 1922 was something Millicent was never able to fully rationalize, despite all the evidence that David needed more care than either she or Mabel could provide.

Millicent attempted on several occasions to find someone who could write the story of her father’s life, after his death in 1939. But the attempt to memorialize her father was difficult. Millicent was all too conscious of the many ways in which her father had been broken. “He did important work as a young man,” she wrote, “and that has been overlooked because of the extravagances of his later years. A matter-of-fact account of his achievements is needed also as a back-drop for the tragedy which not only broke the back of his career, piled on top of a succession of cloudy eclipses, it broke his heart.”

The first person first Millicent contracted with to write the story of David’s life was Helen Wright, an astronomer, historian and biographer of Maria Mitchell (the first American female astronomer). This effort did not pan out.

Millicent then hired Marguerite Munson, an editor at Harpers. When Millicent realized that Munson could not understand or appreciate her father’s scientific contributions, she arranged for Wright to assist. Although Millicent paid several thousand dollars to each woman and provided much documentation, the biography was never published – assessments from prospective publishers found the manuscript to be lacking and Millicent, herself, pulled the plug on the project once she read several chapters.

Millicent must have had some doubts about whether this project was ever going to see the light of day even as Munson was working on it, because at the same time she was also seeking the assistance of Amherst College presidents Charles Cole and Calvin Plimpton to help her in finding an appropriate biographer for David. In 1962 President Plimpton informed Millicent that the faculty member whom he’d thought might write the story of David’s life wasn’t interested in the project, but that he was not giving up hope of finding someone else. He had his eye on a new young professor of history, Hugh Hawkins, and thought that he might be just the man for the job. But in May of 1962 Plimpton wrote Millicent, “I apologize for delaying answering you about Hugh Hawkins. I think this is something better done face to face than in the mail.” But whatever reservations Plimpton conveyed to Millicent, she was undaunted: her periodic queries about whether Professor Hawkins would write David’s biography went on for years. Finally, in the winter of 1968, Plimpton wrote Millicent, “I do not believe Professor Hawkins is available at this time for such a mission. He is deeply involved in a number of other scholarly pursuits. Hence, I don’t think, at this moment he can be regarded as an active contender for the honor.” In fact, in 2015 correspondence with me, Professor Hawkins indicated that the project had been of so little interest to him that he didn’t even recall having been asked, though he did remember hearing stories about some of David’s bizarre behavior at Amherst in years’ past which intrigued him.

Today is David’s birthday. On this day in addition to paying tribute to him, I want people who have become as intrigued by David Peck Todd as I have know that I, along with a number of colleagues whose background and training represent a variety of fields, are working on a proposal for a book that would explore numerous aspects of his life.

David’s 1897 book, A New Astronomy, perhaps best exemplified his remarkable blend of a scientific perspective tempered by a poetic soul. In the introduction to this book he wrote:

“This noble science is to man a possession both old and ancestral, passing with resistless progress from simple shepherds of the Orient watching their flocks by night, to the rulers of ancient empires and the giants of modern thought; until to-day the civilized world is dotted with observatories equipped with a great variety of instruments for weighing and measuring and studying the celestial bodies, each of these observatories vying with the others in pure enthusiasm for new knowledge of the infinite spaces around us.” 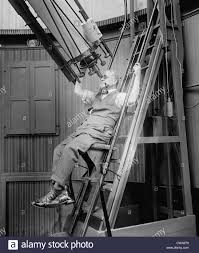