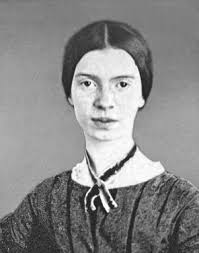 As she wrote in a poem published in the original 1890 volume Mabel and Thomas Wentworth Higginson edited and titled, “Resurgam”:

At last to be identified!
At last, the lamps upon thy side,
The rest of life to see!
Past midnight, past the morning star!
Past sunrise! Ah! What leagues there are
Between our feet and day!

I suspect that Emily would have no idea of just “how identified” she is now the world over, 189 years after her birth. I think the camera shy young girl would be astounded at how iconic that one clear image of her has become; the recalcitrant poet shocked by how many people across the globe quote her verse.  It’s been a remarkable year with regard to new, different (and in the minds of some, rather inaccurate and controversial) portrayals of her in both film and television. Regardless of what you think about these versions of Emily, it’s clear that people continue to be fascinated — and inspired — by both the poet and her poetry.

Over the past year since After Emily was published, I’ve been privileged to speak about my work and about the lives of Emily, Mabel and Millicent in more than 50 venues in eight different states. I’ve done readings in small independent bookstores (and urge everyone to do their part to keep them alive – buy local!); I’ve spoken in lots of libraries (still a vital part of so many communities);  I have spoken on many college and university campuses; I’ve given talks for historical societies in lots of interesting venues where the past meets the present. Through all of this I find that one of the most frequently asked questions is what I think might account for the staying power of Emily Dickinson.

I don’t have a definitive answer. But it seems to me that it has something to do with the sheer beauty of the poetry and the fascinating ways in which Emily connected words, looped seemingly disparate ideas together and opened up worlds to us from her examination of small moments. Who else would wonder “what leagues there are/between our feet and day”?

But it also has something to do with the mystery that surrounds her life. For all that we do know there is more that we don’t. Despite the dozens of books, the hundreds of articles, the thousands of essays, there’s still an awful lot about Emily’s life and about Emily, herself, that remains shrouded in mystery. Perhaps it always will.

My appreciation for Emily Dickinson only increased over this past summer, when I had the amazing experience of spending several consecutive hours in her bedroom with a producer from “This American Life.” (The radio/podcast piece, focusing on Mabel and Austin’s relationship and the ways in which that might have contributed to the eventual publication of Emily’s poetry, will air sometime early in 2020 – stay tuned!) A piece I wrote about the day was published this week in Lit Hub. Suffice to say that watching the light change through Emily’s windows, just as she would have seen it, made me realize, anew, how keen her powers of observation were, and how finely tuned into that still small voice inside her she was.

I’m very pleased that my publisher, W.W. Norton, has chosen this day to release the paperback version of After Emily. Although Emily, herself, remains a shadowy figure in my book and never actually makes an appearance until after her death, she is, of course, most central to the story. 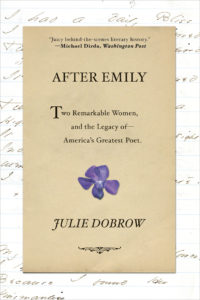 So here’s to Emily Dickinson on her birthday! For she is and will always be, that “winged spark that doth soar about!”