Back from a winter hiatus with new postings on Mabel, Millicent and Emily!

Now that I’ve done quite a number of talks in libraries, colleges, historical societies and bookstores, I have a pretty good sense of the kinds of questions people are likely to ask. I thought I’d post a few of them here, along with my answers, for those of you who probably have the same inquiries (though I do encourage you to come to one of my events, a complete list of which is also found here on my website). So here are the five most asked questions, a lá David Letterman:

Why are we still so fascinated by Emily Dickinson today?

Answer: The mystery. For all that we do know about her, there is more that we don’t. Plus, her poetry is still remarkable and only becomes more so, the more you read it.

Why would Millicent have given up her own career to take on her mother’s?

Answer: Good question! Though Millicent had great misgivings (including but not limited to:   forsaking the scientific training she had received at Harvard; not following up on  her work with Professor Raoul Blanchard,the so-called father of modern geography; fearing that not having had the university training in literary analysis which would accord her credentials to be accepted within the academy as a literary scholar she would always be considered something of an imposter; and worrying that she would never find her life’s true calling), she felt that her duty to her mother was greater than her fears. It was a true “bargain with the devil” for Millicent. But in the end, she felt that it was more important to help the mother about whom she had such vastly conflicted feelings than to continue to advance her own career.

Answer: Yes, absolutely. Millicent was conceived and born more than a year before Mabel even moved to Amherst. 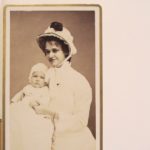 Did Emily Dickinson know what was going on between Mabel and Austin?

Answer: Likely yes. We don’t have direct evidence of this but we do know that Emily was well aware of the many times Austin brought Mabel over to The Homestead. Given Emily and Austin’s closeness in childhood, given that Emily knew that Austin’s marriage to Susan was not a happy one and perhaps given her own closeness to Susan, it seems likely that Emily was not only aware that Mabel and Austin were in love, but probably understood why.

Did David Peck Todd know what was going on between Mabel and Austin?

Answer: Yes! Not only did David know, he helped to enable the relationship by delivering Mabel and Austin’s letters to each other, by inviting Austin to come along when he went to see Mabel in Boston and by whistling loudly a tune from the opera “Martha” when he came home from the observatory late at night to signal that it was time for Austin to depart. 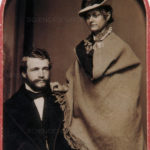 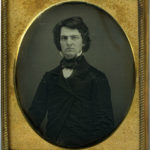 Send me other questions you might have and I will do my best to answer them in subsequent posts! (afteremilythebook@gmail.com)